Why The Smartphones Gets Slow Over Time????

Guys, Let’s assume Today you purchased a new smartphone and you are very happy and excited about using your new smartphone. But... I will get slow very soon and you will start hating it. You will think What is happened to your phone?? Why this is so happening??

So I will tell you everything about this. So Keep reading, Let’s Start……

Guys, You must have experienced many times that You Purchased a New & Shinning Smartphone & you are very excited with its camera, gaming performance, screen quality, etc.. and also you have applied a screen guard and a protective case and you start using it & after 6 months or a year or half your smartphone gets slowed down. You feel your phone is hanging and its camera quality is degraded, it is not as before, you start feeling that the work you friend’s phone can do very fast, your ones are not doing the same. 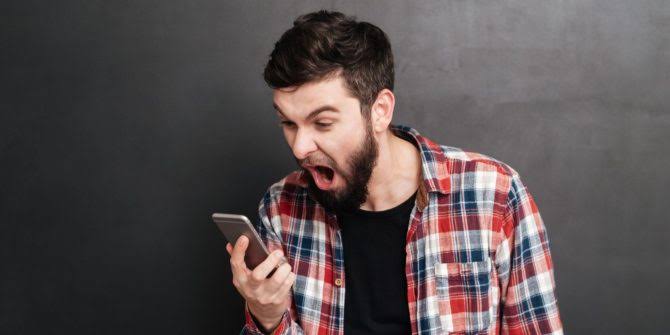 Generally, This thing happens only with smartphones, not with other things like cars. Have you ever seen that you purchased a car and just after 2 years its pick up or the top speed of a car is reduced? Noooooo, Right?? This Problem occurs only/generally with Smartphones.

So, there are multiple factors involved and this thing definitely happens. Yes, you can adjust it a little bit but you can’t prevent it completely. In the end, The Phone Definitely Gets Slowed Down.

By the way, there are so many causes but I am covering only the main causes. So here they are:-

Reasons For Slowing Down Of Phone

If you have a Smartphone that means you are using apps. Now, we have apps and also they get timely updates that bring new functions and features. But the companies do not bring updates keeping in mind about your smartphones. The companies bring updates keeping in mind about the Latest smartphones with the latest technology, processors, etc. coming in the market. So In case you have an old phone and you get the update and then you update it too… then your smartphone needs to put more power than usual to run that particular app. So, you feel that your smartphone has got slow now.

These are also a bit similar to the above situation. The Companies bring new system updates with some new features and functions and Sometimes some of the features of the new system update are not properly optimized for your particular phone model. This is due to that, companies do not focus on the phones you are currently using rather they focus on their latest smartphones to make them more optimized, functional and provide new features to them.

So due to this reason instead of improving performance, the performance gets weak sometimes. I am not saying that don’t do the updates, because the security is also a major concern that the new system updates you get make your phone more secure than before. So this thing becomes important now what we can do This is our helplessness. So, the phone also gets slow due to this reason.

See what happens when we buy a phone we think that we will do all the work of the whole world in this phone and about 100 apps remains there in almost everyone’s phone and sometimes also there some apps which are not needed by us but install them and we keep them installed as if sometime in future we will need then that feature should be present that time. So Due to this thought, there are many apps and games remains installed in our phones whether we use them or not.

Now, what happens that they keep on running in the background or when you restart your phone they get activated int he background. So now we are not using those apps but those apps keep on consuming the power and memory of our phone. Many times we don’t open them even in 6 months or more. So these unwanted apps which we install make our smartphones slow and create the hanging problem.

We can prevent it by taking a view that what apps we have in our phone from A-Z and out of them which are important and needed and which are unwanted and it is better to uninstall the unwanted apps which have not been used since a long time or not going to be used anymore. Why give your Important storage to such unwanted apps and let them use your phone's processing power. RIGHT????

Then the other thing comes about the data on our phone. Let’s assume we took a 64GB or 128GB storage phone, it performs well in starting but later on what all things are kept in it like photos, videos, games, apps, etc. from all over the world. So As phones storage keeps on filling up, its efficiency starts little bit decreasing than when trying to find out some old data or photos or we try to do any work related to phones storage then we feel our phone to be slow.

This problem can be solved upto some extent like we can take timely online backup to google drive or wherever you want or in your computer and clean your phone on a timely basis but the thing we forget to clean are apps. I have talked about installed apps in the 3rd point.

What happens that slowly battery gets older, now older the battery the more the heat it produces when you use it. Then, Due to that heat, your phone is getting warm so we are able to see CPU throttling because of which the CPU is not able to perform at its maximum capacity because it knows that the nearby environment is getting warm/hot, so as to maintain its temperature.

So the battery is old, which is producing more heat which leads to CPU throttling. This is also the reason why our phone feels to be slow and sluggish in just a year or a half.

This is the major point that manufacturers don’t want you to use a phone for your whole life. They want that you just use your phone for max 1 or 1.5 years and then the customer must come back to the manufacturer to buy a new phone otherwise how will they earn or generate revenue.

So this is the whole story of "why the phone gets to slow down in just a year or a half".

Enjoyed this article? Stay informed by joining our newsletter!

Nice blog ,can you please guide me also on what topics to write upon since I liked how your article was informative and I am pretty confused on what to write about

Related Articles
Science & Tech
Most Productive Apps on Android - Make your Life More Organized and Effortless.
May 2, 4:00 PM - Ajay kumar
How To
How to be a good Driver
Apr 27, 2:23 PM - MarcusOp
How To
How to show life that you are a pro.
Apr 26, 4:44 PM - Ananya Nagpal
Business
Top 10 Film Industries In India, Which Make An Impact As Well In The World.
Apr 20, 3:02 PM - Jitender Sharma
Lifestyle
Remember that you are a fighter. Always give your best.
Apr 15, 6:17 PM - Modn Entertainment
Business
Why still we are not successful..???
Apr 14, 1:44 PM - Ananya Nagpal
About Author

CA Student but love to learn and write about technology.

Recent Articles
Most Productive Apps on Android - Make your Life More Organized and Effortless.
May 2, 4:00 PM - Ajay kumar
How to be a good Driver
Apr 27, 2:23 PM - MarcusOp
How to show life that you are a pro.
Apr 26, 4:44 PM - Ananya Nagpal
Popular Articles
The secret of how to increase the number of views and YouTube subscribers quickly.
Feb 5, 1:34 PM - diar seonubi
How to do earning on online basis by sitting at home?
Dec 4, 4:18 PM - Abrarul Mazumder
Coffee shop business opportunities provide huge benefits
Jan 21, 3:00 PM - diar seonubi
Amazing Unbelievable Science Facts
Dec 7, 4:22 PM - Aasif khan
Why still we are not successful..???
Apr 14, 1:44 PM - Ananya Nagpal